Psychopath or sociopath – How do you tell the difference?

Psychopath or sociopath – How do you tell the difference?

In a previous article we asked the question, “Is there a psychopath in your office?

The article provoked a great response. Perhaps the word ‘psychopath’ was enough to draw people in as many any of us are intrigued by the Norman Bates (Psycho), Hannibal Lecter’s (Silence of the Lambs) and Alex Forrest’s (Fatal Attraction) of the world.

Although we didn’t use the term ‘sociopath’ there was a lot of debate around whether they are one and the same thing.  One person stated that a colleague (let’s call them person A) was prone to “psychotic outbursts” where they would initially shout, complain, blame others and ultimately end up in tears. Another said their boss (let’s call them Person B) was “manipulative, they said all the right things but there was something just not quite right with them” and they just couldn’t put their finger on what it was.

So, we thought we would answer the question: are psychopaths and sociopaths ultimately the same?

It’s important to note they do share some of the same characteristics:

There are also some clear and significant distinctions between the two. For instance, sociopaths are:

Despite referring to “psychotic outbursts”, if Person A does fall into one of these categories, they would most likely fall into the category of sociopath.

Psychopaths on the other hand tend to:

A psychopath is more likely to gain trust, be highly organised and manipulative in pursuit of their goals. They often have long-term relationships without those around them ever suspecting their true nature.

Please note that we’re not saying that Person B is without doubt a psychopath, only that if they were one or the other, they would be in the psychopath category.

Finally, a point worth noting: it’s generally agreed in the psychotherapy community that the underlying causes of each condition is different. The cause of psychopathy is largely a result of nature (genetics) whereas the cause of sociopathy is largely nurture (environment).  Psychopathy is related to a physiological defect that results in the underdevelopment in the part of the brain responsible for impulse control and emotions. Sociopathy is more likely the product of childhood trauma.

So whatever scary movie you settle down to watch this Halloween, at least you’ll be able to discern the psychopaths from the sociopaths. 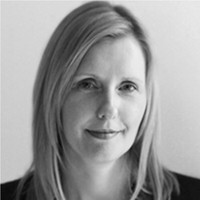