Wellbeing in organisations during a crisis situation

Design your change. Transform your people. Re-humanise your Human Resources: The importance of wellbeing in organisations during a crisis situation 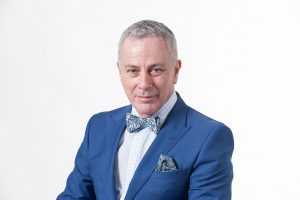 Wellbeing in the workplace: How important is wellbeing in organisations in crisis situations? How do we create it? Does it mean thinking differently about staff, leadership and the organisation?

How do we actually define wellbeing at work?

COVID-19 has brought new challenges to the workplace, highlighting the importance of resilience and wellbeing, refocusing how we think about scenario planning, and insisting we consider the future.

It’s a collection of things. Like resilience, wellbeing comes out of social connectivity – the history of humanity tells you that. The more connected we are, the better we feel about ourselves, and each other. Wellbeing is social connectivity as much as it is anything.

So how do we improve employee wellbeing and mental health? What is the relationship between workplace and wellbeing?

One thing organisations could do to promote wellbeing is – as with improving resilience in the workplace – drop the surveys. Wellbeing surveys are an odd concept. To my mind, they represent the appearance of being concerned with things. We should instead generate practices, which encourage social connections within and across teams and organisations.

We should encourage our people to put their own mechanisms in place and their own ways of connecting, so they can create networks within organisations. We should then give those networks time so they can talk, socialise and meet.

Wellbeing surveys are not worth much if they are an end-in-themselves: it’s social practices that matter. 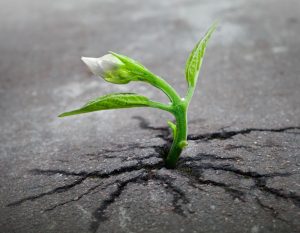 However, in laying down the foundations for social networks, we have to be careful of the tyranny of extroversion. There’s an assumption in wellbeing and resilience that socially connected people, extroverted people, ‘happy, positive’ people are by definition better in some way.  This becomes a form of massive potential discrimination.

A lot of people are happy whilst not being widely socially connected, and are still effective in what they do and how they participate. It isn’t true as is generally thought – in non-professional environments anyway – that extroverts are ‘better’ at dealing with things than introverts. This was said to me recently; that extraverts must find the lockdown easier because of technology. I’m still trying to work that one out.

Different personalities deal with things differently rather than better or worse, so we have to be better at talking about wellbeing and culture. We need to avoid the approach to organisational discourse that extraversion, is better by definition because it’s not true. Otherwise we effectively demand a performance of certain kinds of behaviour from our people. Hardly a recipe for diversity!

Social connection at work therefore needs to encompass the needs of introverts, extroverts and every other ‘type’, without demanding preferred performances.

So how would you define wellbeing at work? Is it the wellbeing of single people or the whole organisation?

It doesn’t have to mean we all have to jump up and down excitedly. I find it strange that organisations want to ‘organise’ wellbeing. We need to get out of the way, in fact, allowing space for the informal, social, spontaneous. This approach to wellbeing would allow people to step out of the pressures of task-based doing, and take time just to think, reflect, relax, chat – or do nothing!

And how to improve resilience and wellbeing in the workplace? You’ve talked about doing away with surveys. Yes, chuck away the surveys! Chuck away the process and put the human at the centre. It really is that simple.

In HR speak there is a so-called division between ‘hard HR’ which approaches people through process, measures and data, and ‘soft HR’ that centres the human being as a person, an experience. My Chairman talks about this when he says HR should ‘own the people franchise’. Being the voice of the workforce, not the function that does stuff to the workforce.

I think we need to get beyond that and even say organisations are social organisms, they have a function in people’s lives that are social. Upwards of 40 per cent of personal relationships, for example, start at work in Western countries. So, workplaces are not just places you go to do things, but places you go to be things as well, and the clever organisation knows that.

I’ve led organisations where we’ve had massage rooms, yoga rooms, music rooms where people go to chill out, conversation spaces, deliberately designed leisure and social time so people can stop doing and start being. There’s lots you can do that raises productivity, but the most effective ways are less about promoting efficient work and more about promoting healthy, social cohesion in the workplace.

What is the importance of health and wellbeing in the workplace? Does it ultimately lead to what the workplace wants, which is more efficient work?

It’s the old dichotomy: are happy people more productive or are productive people happier? It’s a bit of a chicken-and egg-question. What is true is that socially integrated workplaces where people really do get on, trust each other and value each other both personally and professionally, are likely to be more resilient, happier and therefore healthier in wellbeing terms.

Whether that’s likely to be more productive however is another question. The links between wellbeing and productivity are not entirely clear: it depends how you measure and what you measure.

Should wellbeing be a priority now for leaders, given how hard people have been working in difficult circumstances? How do you improve wellbeing in the workplace?

That depends on so many variables. Some organisations have a very strongly developed sense of place, let alone of person, and if you’re suddenly locked out of things to do with that place, the sense of loss is significant.

Organisations are going to have to think about that and so are individuals. It’s not up to the organisation to solve all the social issues surrounding its workforce, it’s up to the individual to participate in the process of reconnecting and reforming and re-socialising. It’s an individual and a collective effort at the same time. Organisations must enable this.

Sometimes, particularly in the UK, dialogue around resilience and wellbeing is very lopsided. We have to counterbalance this by saying everybody has a role to play in developing the environment they want to be in. We all have to assume that responsibility, regardless of seniority.

This makes wellbeing and resilience part of our organisational work. In this way, everyone’s a leader, absolutely everyone.

What else do organisations and leaders need to think about in the context of health and wellbeing at work?

While organisations need to generate money to invest and deepen what they do, their purpose ought to be social and humane: towards employees, towards customers, towards providers and the communities they serve. Purpose has to privilege humans, communities and society. That doesn’t mean you don’t generate money but do so for the benefit of the society outside and the people within.

This is a real chance. We need to rethink our attitudes to things as individuals. The madness of our consumption has been staggering: we need to rethink that need, and to reconnect with some things we’ve realised out of social isolation. For instance, relationships with families and local communities around you are fundamental to your sense of purpose in life and wellbeing. Stuff isn’t.

If we bring that back into our work and organisations, we have a real chance to redress the social balance of our lives and also massively enhance organisations that we work for. Everyone has to step up; this is mass social change, happening in front of us. We must be mass involved in shaping it. We’ve all got to learn self-discipline and leadership.